How Much Can a Solar System Really Save? 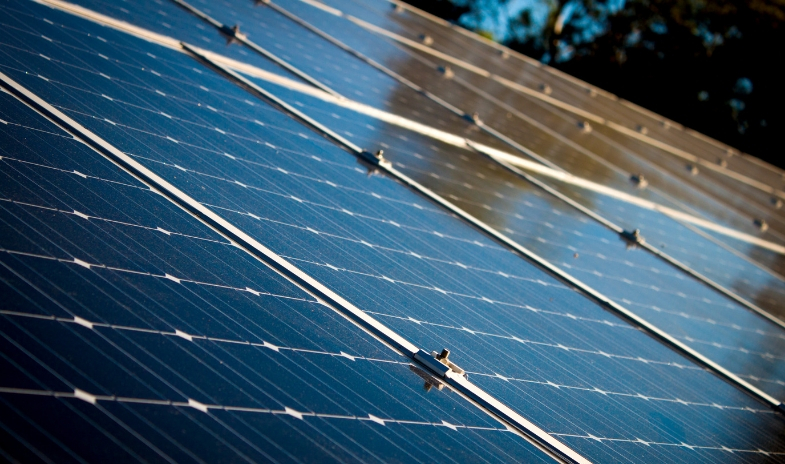 We always mention how great the savings are on your electrical bill when you get a solar panel system. But now, thanks to our own vice president Ryan Wandler, we’ve got some numbers for you to see.

Ryan installed his solar panels in November 2017, and has been monitoring his bills ever since. He sat down with us to share how much he’s saved.

In the First Year, Ryan Saved 34% on Electric Bills

Ryan saved $850 on electricity this past year. That’s a savings of 34% compared to the year before. 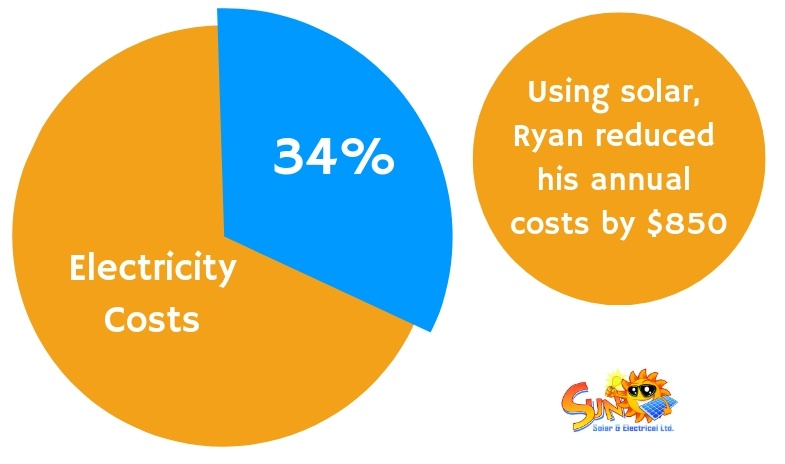 This includes a microgeneration credit. When you install a solar system on your home, you become a micro-generator. But before this can happen, you have to go through an application process. Once you’re approved and your system is installed, you’re able to produce electricity. Our team will be able to help you with this process.

“These are great numbers for the first year,” Ryan says. “I was so excited to see that I had reduced my yearly electric total by that much.”

Since installing the solar modules, Ryan has used approximately 42% less power from the electrical grid. This means he’s generating almost half the power he needs to run his home. 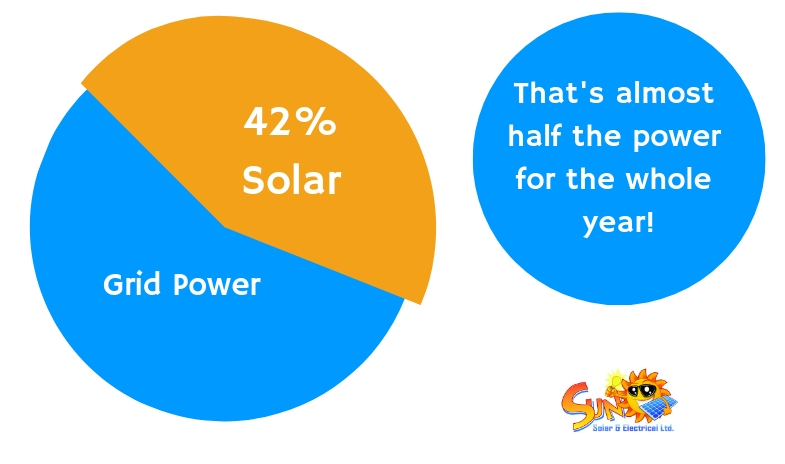 “I did adjust my habits out of a desire to be more environmentally-friendly, and to get the most out of my system,” Ryan explains. “For example, I use the dishwasher or washing machine during the day: this way I’m using power generated from my system instead of paying my retailer. I’m also being a bit more mindful of the electricity we’re using at night”

Ryan notes that Calgary got less sun than normal. “This was a year with a lot of snow – unusual for us – and smoke from forest fires. Yet I still saved a lot,” he adds. “I’m excited to see what happens next year, especially if it’s a sunny 2019.”

“Calgary is a great place to have solar panels because we normally don’t get much snow on our roofs, and we get plenty of sun,” says Evan Hinger, Sun Electrical’s master electrician, who did the installation work.

When asked if there were any other energy use challenges, Ryan confessed that he used a lot of electricity over Christmas. “Our bills always go up at Christmas because of lights and things – but we love it, so we’re okay with it!”

“What’s great about solar power is you don’t have to change your habits to get the benefits,” Evan explains. “You’re still going to save when you use solar.”

Overall, Ryan was thrilled with the numbers. “Using these exact electricity rates, I would pay off my system in 14 years. If rates go up, I’ll pay it off even faster.” The system is supposed to last over 25 years. Which is great news for Ryan.

The Details of Ryan’s System

“Ryan’s system is 6.8 kiloWatts. We installed 25 modules (panels) on his roof over a period of 2 days,” explains Evan. “These modules were arranged into groups, called arrays. 2 arrays were on the south facing roof, 1 on the west, and 1 on the east.”

One of the other things that helped Ryan save was his conversion to LED lights in early 2017 – six months before he decided to install the solar panels. “I’m positive just by looking at how much less electricity they use that I was saving money,” he says.

“We encourage everyone to switch to LED lightbulbs. Not only are they much cheaper than they were even 2 years ago, but they can last up to 10 years while saving you money each month,” Evan adds.

The Value of a Solar Panel System

One of the biggest worries homeowners have about solar panels is the upfront cost. We get it. But you’ll get great savings and value out of a solar power system even if you sell your home in 5 years.

“We’re at the cusp of solar power, and it’s only getting more and more popular. We’re already seeing solar systems become a resale asset on the real estate market,” Evan says. “Even new home builds in the last couple years have been built solar-ready.”

“Right now you can take advantage of the Alberta government rebate, which makes a big difference in your upfront costs,” Ryan explains. “Once solar power becomes more popular, more financing plans are going to become available. Costs for modules continues to go down, and the savings speak for themselves.”

Ryan was more than ready to install solar panels. “I was excited to see how much I could save, and really excited to have a maintenance-free source of power. Electricity rates are only going to keep going up, so I was 100% ready to start saving money. Plus, I wanted to be more environmentally-friendly.”

Talk to Us About Solar Panels

Solar systems have to be custom-designed to suit your home because there are a lot of factors that need to be considered, including the direction, slope, and state of your roof.

“Myself and the rest of the team always stay up to date with the latest news and technological changes – and there is a lot happening in the solar industry right now. We’re passionate about solar, and can come up with a plan that will give you the most savings,” Evan says.

Request A Quote For A Solar Panel Installation