How Does An AFCI Work & Protect My Calgary Home? 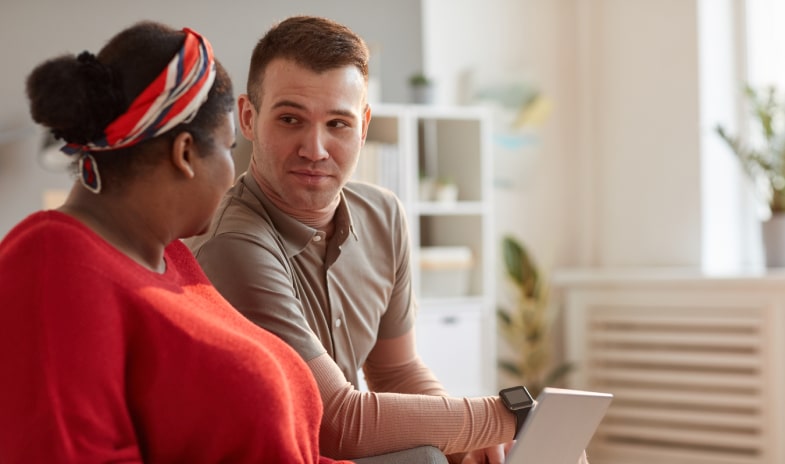 As a Calgary homeowner, you may have heard that you need to upgrade your electrical service by having AFCIs installed. This could be to solve a specific problem, such as a breaker that keeps tripping or enhancing your electrical safety in general.

Of course, you want to do what’s necessary to protect your home and your family. First, though, you’d like to know a bit more about what you will be getting into.

Here is a guide to AFCI protection and what it means for you.

What Is An Arc Fault?

Usually, the electrical current in your home flows through a planned path — your wiring system. However, occasionally the current will arc, sparking from one metal contact point to another, rather than flowing through the planned path. This situation is known as an arc fault.

An arc fault creates an electrical fire hazard if the heat it generates is high enough to damage your wiring’s insulation and ignite nearby drywall, insulation, wood, wallpaper, carpeting (especially synthetic), and other materials. From there, it can potentially spread to the rest of the house.

There are many possible causes of arc faults, usually stemming from wiring that is old, overloaded, or damaged by incorrect handling. Here are the most common causes:

What Is An AFCI? How Does It Work?

An arc fault circuit interrupter (AFCI) is a safety device that protects against house fires caused by electrical arcing. AFCIs monitor your home’s flow of electricity constantly. When they detect an irregularity, they react by “tripping,” immediately shutting down the power. The reason AFCIs are superior to standard breakers is that their trip time is much faster.

AFCI Receptacles (outlets) provide localized protection against arcing. They monitor the electrical flow in only one outlet.

Where Are AFCIs Required In Canada?

The Canadian Electrical Code (CEC) of 2015 specifies that AFCI receptacles must be installed for 125Vac, 15A, and 20A circuits supplying these areas of Canadian homes:

IMPORTANT: You can have AFCIs installed in other parts of your home as well. The areas listed above are the minimum requirement.

What’s The Difference Between AFCIs And GFCIs?

AFCIs and GFCIs are both protective devices for your electrical system. However, they have different functions. While AFCIs safeguard against fires resulting from arc faults, GFCIs protect against severe electric shock or fatal electrocution caused by water coming into contact with the system.

GFCIs detect leaking electricity when the amount of electrical current returning on a circuit is less than the current flowing in. In such a case, they will shut off the power near-instantly.

The Canadian Electrical Code mandates GFCI installation in “wet” areas of your home, specifically anywhere within 1.5 metres of a sink, shower stall, or bathtub — or outdoors within 2.5 metres of the finished grade.

Does My Home Have AFCIs Installed?

When you are not the original owner of your home, you may be wondering whether you already have AFCIs. It’s simple to check for AFCI receptacles — they will have a button for testing the arc fault circuit interruption function right on their face. For AFCI breakers, just take a look at your electrical panel. If several of the breakers are labelled AFCI and have test buttons, then you’ve got your answer.

How To Test AFCIs

Test AFCIs once a month to make sure that they are working to protect you as they should. Here’s how.

Make sure that the electricity is on during the test.